Simon & Schuster’s parent company, Paramount Global, sounded the death knell for the deal on Monday by deciding not to appeal against a ruling by a US federal judge that earlier this month blocked the tie-up on the grounds it would damage competition.

The collapse is a serious blow to German media group Bertelsmann, the owner of Penguin Random House, whose leaders pursued the publishing megamerger despite warnings that it would push the limits of competition law.

Bertelsmann initially said it would appeal against the ruling but, under its agreement with Paramount, only had two years from when the merger was announced to secure approval — a period that expires this week. As a result of the failure to secure regulatory clearance, Paramount said Bertelsmann was “obligated to pay a $200mn termination fee”.

Paramount decided to halt the process because of the protracted uncertainty hanging over Simon & Schuster and the limited prospects for securing merger approval through an appeal, said people familiar with the decision.

The challenge for Paramount’s chief executive Bob Bakish is now to relaunch a sale process for Simon & Schuster in more challenging market conditions. Simon & Schuster fetched a price far in excess of initial estimates two years ago, in part because Bertelsmann saw clear financial advantages from cementing its position as the world’s biggest book publisher.

The failure is one of a series of setbacks for Thomas Rabe, the Bertelsmann chief executive who has bet on a consolidation strategy in books and television. Bertelsmann’s ambitions to merge France’s two biggest commercial television groups also collapsed last month. 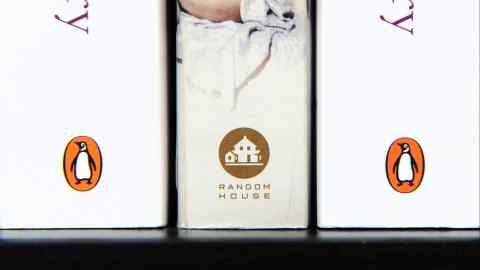 Rabe on Monday said the expansion of Penguin Random House would remain “a strategic priority” for the group, which is aiming for 5 to 10 per cent growth in the books business in the coming years, both organically “and through acquisitions”.

The Department of Justice last year sued to block the publishing megamerger, alleging the combined group would control more than two-thirds of the market for acquiring publishing rights, spanning authors ranging from EL James and Stephen King to George Orwell and F Scott Fitzgerald.

Paramount said Simon & Schuster remained a “non-core asset” for the group: “Simon & Schuster is a highly valuable business with a recent record of strong performance, however, it is not video-based and therefore does not fit strategically within Paramount’s broader portfolio.”

Webmark Academy
We use cookies on our website to give you the most relevant experience by remembering your preferences and repeat visits. By clicking “Accept All”, you consent to the use of ALL the cookies. However, you may visit "Cookie Settings" to provide a controlled consent.
Cookie SettingsAccept All
Manage consent